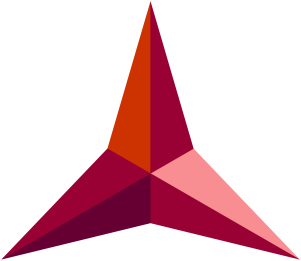 Facism was a potent force in the 1930’s in the UK. The Battle of Cable Street took place on Sunday 4 October 1936 in Cable Street in the East End of London. It was a clash between the Metropolitan Police, protecting a march by members of the British Union of Fascists, led by Oswald Mosley, and various anti-fascist demonstrators, including local Jewish, socialist, anarchist and communist groups. Mosley planned to send thousands of marchers dressed in uniforms styled on those of Blackshirts through the East End, which then had a large Jewish population.

Many of the arrested demonstrators reported harsh treatment at the hands of the police. Most were charged with the minor offence of obstructing police, but several of the ringleaders were found guilty of affray and sentenced to 3 months of hard labour.

This was taking place against the backdrop of the Spanish Civil War which took place from 1936 to 1939 and was fought between the Republicans, who were loyal to the democratic, left-leaning Second Spanish Republic, and the Nationalists, a falangist group led by General Franco. This was a socialist cause celebre and saw many “foreign fighters” in the common parlance travelling to Spain to fight for the republican cause including George Orwell, W H Auden and Laurie Lee.

Pressing men into military service as an alternative to prosecution, although illegal, happened with increasing frequency towards the end of the 1930’s (it happened to one of my great uncles!).

This is a one act play in three parts taking place between early October 1936 and January 1937. The story starts with Joe and his sons returning home from the battle of Cable Street where the community banded together to prevent the fascist “Blackshirts” from marching through the East End of London.

Thinking they have got away with it the house is visited by Romilly, an inspector in the Special Branch who warns them against extremist activity. When Romilly has gone, Eddie reveals to his brother that he is off to fight for the International Brigade in Spain.

Scene 2 moves forward to Boxing Day 1936 when the family are discussing the Spanish civil war and Eddies potential location. In mid discussion Penny reveals that she is carrying Eddies baby. Joe is outraged but Ivy is supportive.

Romilly arrives with bad news – Eddie has been killed – Joe, Ivy and Penny are distraught. Romilly takes George aside and warns him about retaliation against Jack Masters, the recruiting sergeant for the International Brigade. George keeps his temper until Romilly has gone.

Scene 3 moves on to January 1937. There has been trouble at the labour Club and George returns to the house to conceal Joe’s old service revolver that he has been carrying at the riot. Although it is past midnight the house is awake and George argues with the family about the merits of retribution on Masters, eventually confessing to his shooting.

Romilly arrives to arrest George and takes the gun. He offers George the option of arrest and conviction for murder or a spell in the army. He opts for the latter. Once Romilly has left with George, Ivy reveals her role in setting George up to protect him.

The play is available at £5.00 per copy downloaded or £10.00 printed and mailed. Performance licences are available from £50 per performance for amateur groups.

To purchase copies of the play, licences or see packaged options please email me at retrigroup@outlook.com